A Psych-K balance is a process designed to create balanced communication with both hemispheres of the brain. This “whole-brain-state” is ideal for reprogramming the subconscious mind with new beliefs that support your goals rather than block them

I have been interested in personal development since my late teens. I was introduced to “Autogenes Training” ( form of Yoga Nidra) by a local GP in Germany in 1973 and have been practising continuously ever since. After moving to London in 1979 I started reading any books on personal development I could find and commenced to practise yoga.
When I relocated to Sydney in 1987 I continued on this path by training as a Hatha Yoga teacher. In 1989 I trained and became a Shiatsu Therapist practising full time for six years. Shiatsu furthered my interest in Energy Healing.
I furthered my education in Queensland, Australia, where I trained as an NLP Master Practitioner (Neuro-Linguistic Programming).NLP is using the latest developments in quantum physics, brain research and hypnosis to help clients overcome
emotional and physical limitations.
My passion for learning as much as possible about how we can use this newly developing science in “Brain Training” was awakened. Suddenly people who had strokes and would have been in full time care not being able to look after themselves ,could train another part of their brain to take over the functions of the defected part of the brain. People who had addictions like smoking, gambling etc. could retrain their brain and become healthy again. Deep seated traumas could be released without going to a Psychologist/Therapist where they would have to re-live that trauma to be free. A new term “Energy Psychology” was emerging.
In 2016 I was introduced to B.E.S.T. (Bio Energetic Synchronisation Technique) which used some of the newly found “Energy Healing” techniques, including Kinesiology ( muscle testing) and I became a practitioner with amazing results.
I felt that there was still something missing. Listening to Dr. Joe Dispenza (Changing the habit of being yourself) I became aware of Dr. Bruce Lipton (The Biology of Belief ) and Rob Williams, the originator of Psych-K. As soon as I had done my first course in Psych-K I knew I had found my missing piece (peace) . A profound experience discovering grief that had been affecting my wellbeing for eight years was released during one session, which led me to my studies to qualify as a Psych-K facilitator in 2017.The results for my clients have been more than astounding. Changing subconscious limiting believes into life enhancing beliefs. Release of trauma and stress, fears and anxieties. Psych-K uses the whole brain posture and muscle testing as some of their tools.
Continuing my education, I completed a course in “Simply Healed” in 2019. “Simply Healed” is another form of “Energy Healing” that enhances my existing knowledge in facilitating change in my clients lives.
Energy healing is profoundly life changing.
Helga Mehandiratta 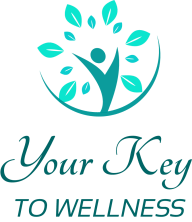 F. A. Q.
About Me
Get In Touch
Resources

Psych-K
Subconcious Change
Power Of Mind
The Evolution of Consciousness